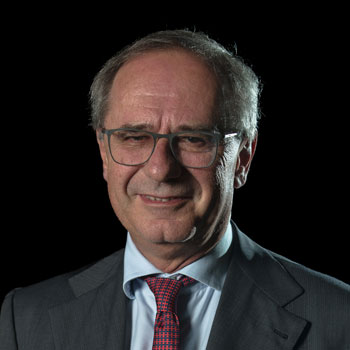 Guido Costamagna was born in Milan on August 4, 1952 and graduated in Medicine and Surgery from Università Cattolica del Sacro Cuore, Rome, in 1977. Following the graduation, he undertook post graduate trainings in General Surgery, Digestive Surgery and Gastroenterology and Digestive Endoscopy.

He’s currently full Professor of General Surgery at Università Cattolica del Sacro Cuore in Rome, as well as Head of Digestive, Metabolic and Endocrine Diseases Unit, Head of General Surgery and Surgical Treatment Department and Head of the Digestive Endoscopy Unit at Policlinico Agostino Gemelli Foundation in Rome. He is also Chair of Excellence at Digestive Endoscopy at the University of Strasbourg Institute for Advanced Studies (USIAS), France, and Scientific Director of the European Endoscopy Training Center (EETC ) in Rome.

Furthermore, he is author of over 700 publications including articles, book chapters published both on a national and international level as well as congress abstracts. 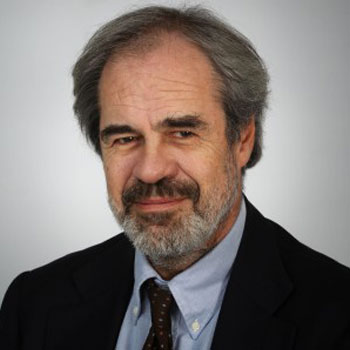 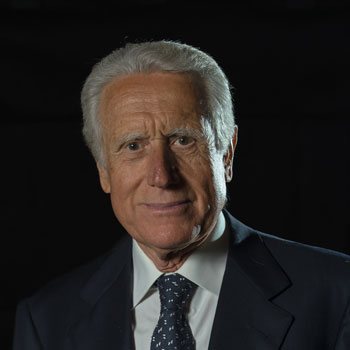 Giancarlo Aragona was born in Messina on November 14th 1942. He graduated in Law from the University of Messina in 1964 and embarked on a career in the diplomatic service in 1969.

In 1974 he was appointed Consul in Friburgo, he then served as Counselor at the Italian Embassy in Lagos from 1977 to 1980.

Upon his return to the Ministry of Foreign Affairs in Rome, he worked as Head of Directorate-General for Development Cooperation of Mediterranean countries and the Middle East.

In 1984 he was appointed First Political Advisor to the Embassy in London.

In 1987 he was appointed Deputy Chief Representative to the Permanent Mission of Italy to North Atlantic Treaty Organization (NATO) in Brussels.

Upon his return to Rome, in 1992 he was assigned to the Ministry of Defence as Diplomatic Advisor.

In July 1994 he was appointed Deputy Chief Cabinet to the Ministry of Foreign Affairs and then Chief Cabinet, effective January 1st 1995. He held that position until June 1996 when he was appointed Secretary General to the Organization for Security and Co-operation in Europe (OSCE) based in Vienna.

He was Ambassador of Italy to Moscow from June 1999 to October 2001 when, upon his return to the Ministry of Foreign Affairs in Rome, he became Director-General for Political Affairs.

In March 2004 he was appointed Ambassador of Italy to London.

After his retirement for the diplomatic service in December 2009, he was invited by NATO to join the group of experts responsible for drawing a proposal for NATO reform.

From 2010 to 2013 he was Chairman of SOGIN and he was also chairman of the Mediterranean Institute of Haematology.

In 2011 he was appointed Chairman of the Institute for International Political Studies (ISPI) and he held this position until July 2016.

Since 2012 he’s been serving as Vice-President of the World Conference on Science for Peace organized by Umberto Veronesi Foundation. 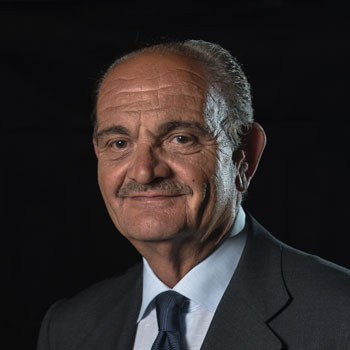 He has spent over thirty years of professional experience with the US multinational corporation Johnson&Johnson in the medical equipment and surgical device sector. Over his career at Johnson&Johnson Italy’s subsidiary, he has held various top management positions until his appointment as CEO. 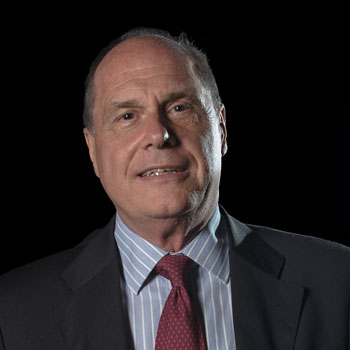 Claudio Cappon graduated with Honors in Economics at the University of Rome in 1974 and majored in Finance and Risk Management afterwards.

In 2002 he was appointed Chief Executive Officer at Consap which is a company of Treasury Division of Ministry of Finance devoted to manage insurance public services. From 2006 to 2009 he was appointed once again General Manager at RAI.

From December 2009 to December 2014 he was named Vice-President at the European Broadcasting Union EBU/UER.

From June 2012 to December 2013 he was Chairman at RAI World that is a branch of the state-owned RAI devoted to manage Italy’s national public broadcasting sector on an international level.

In April 2016 he was appointed Secretary General of COPEAM (Permanent Conference of the Mediterranean Audiovisual Operators).

Within the academic field, he is responsible for the Master’s Degree Program “Economic and managerial issues related to Media” at the Faculty of Economics at the University of Rome, Tor Vergata and he’s Professor at the University of Paris, where he holds a quarterly course on the public broadcasting service in Europe within the framework of the Master’s Degree Program “Affaires Publiques” at Sciences Po.

Furthermore, he has been appointed Chairman of the Association of Television Producers (APT) as well as member of the Board of Directors in many companies. 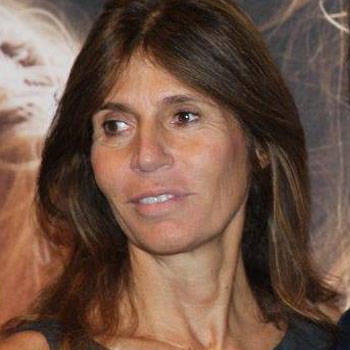 A television and film producer, Camilla Nesbitt made her debut with Berlin-Jerusalem and Gorem, both by Amos Gitai, in competition at Venice Film Festival respectively in 1989 and 1991 and Naples-Berlin by Mika Kaurismaki in 1987.

In 1991 she founded Taodue Film with Pietro Valsecchi, beginning a ceaseless production of many movies for cinema including four box office record breaker movies starring Checco Zalone, the biopic on Pope Francis Bergoglio directed by Daniele Lucchetti and the co-production for the latest film Non essere cattivo by Claudio Caligari; as far as television is concerned, Tv hits such as Il XIII apostolo or Squadra Antimafia are worth to be mentioned. 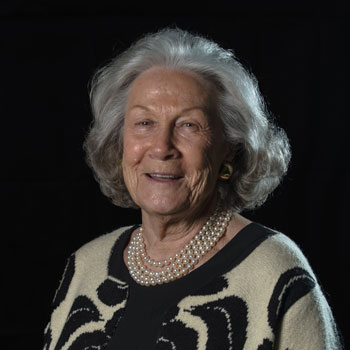 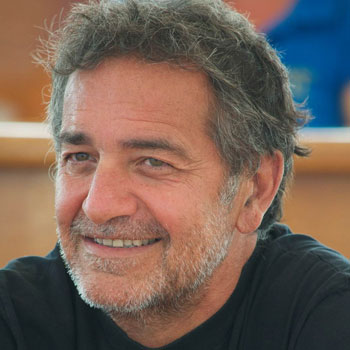 Developing a great passion for cinema and drama since his teenage years, in 1991 Pietro Valsecchi along with his life partner Camilla Nesbitt founded “Taodue Film”, a film production company that he currently serves as CEO.

Since the early times of his career, he has shown his greatest willingness to bring to the screen stories about socio-political issues, starting from “Un eroe Borghese” upon Ambrosoli Affair directed by Michele Placido in 1995 and moving on to miniseries receiving great acclaim from the audiences such as “Ultimo”, “Uno Bianca”, “Paolo Borsellino”, “Maria Montessori – una vita per i bambni”, “Il capo dei capi” in 1998 and TV serial “Squadra Antimafia – Palermo oggi” which has been run for eight seasons.

Since the early times of his career, he has shown his greatest willingness to bring to the screen stories about socio-political issues, starting from “Un eroe Borghese” upon Ambrosoli Affair directed by Michele Placido in 1995 and moving on to miniseries receiving great acclaim from the audiences such as “Ultimo”, “Uno Bianca”, “Paolo Borsellino”, “Maria Montessori – una vita per i bambni”, “Il capo dei capi” in 1998 and TV serial “Squadra Antimafia – Palermo oggi” which has been run for eight seasons. 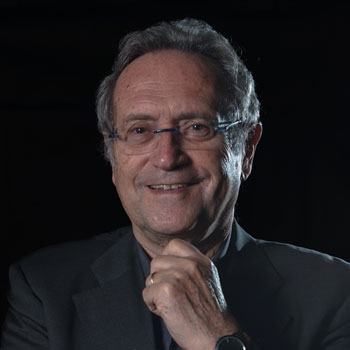 Roberto Zaccaria was born in Rimini on December 22, 1941.

He has been a member of the Italian Chamber of Deputies in the fourteenth, fifteenth and sixteenth Legislatures. He was elected for the first time on the occasion of political supplementary elections in 2004 winning the Milano 3 constituency.

He’s been Chairman of the Legislative Committe and Vice-President of the Commission for Constitutional Affairs.

He’s a freelance journalist and member of the Association of professional journalists of Lazio.

Among his many publications, especially worth mentioning is the Manual on Information and Communication Law – 9th edition, Padua, Cedam publisher, 2016.